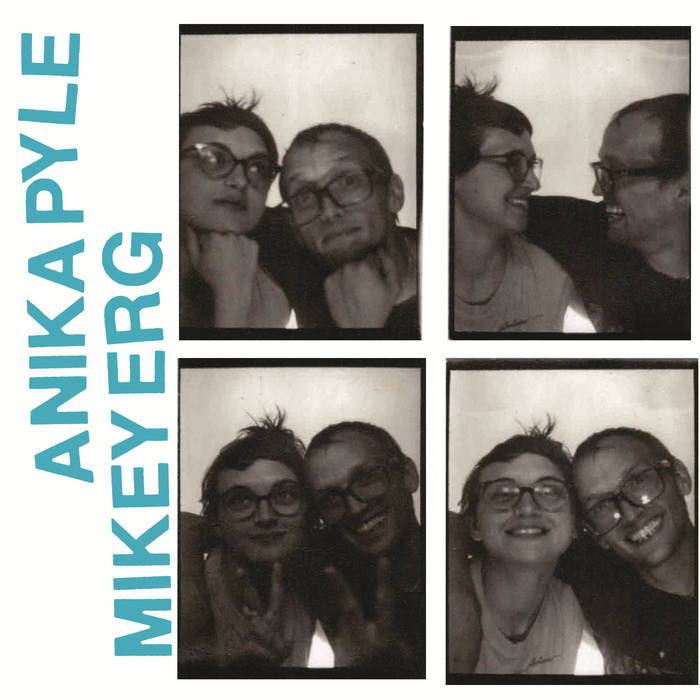 In July of 2015, while at a studio session for The Rentiers, Mikey Erg and Anika Pyle (Chumped) had a conversation about self doubt and creativity. Continuing to make music can be difficult in the aftermath of criticism or disbandment. They were both feeling a little directionless so Anika suggested they make a pact to create a safe space for sharing songs with each other, to keep creating for the sake of creating. If they sent them to each other, they would have accountability and have somewhere to put them when they were finished. Mikey, being the ambitious rocker that he is, suggested a song a day but they settled on a song a week for the rest of the year.

This seven inch is comprised of four songs that appear exactly how they exchanged them during their pact. They essentially pulled them straight from voice memo and we pressed them to vinyl. This split is meant to be a celebration of friendship and the triumph of creativity over self doubt. You don't need a studio or a session band or a deadline. Sometimes all you need is a friend. This record will, hopefully, continue to inspire others to make for the sake of making.

pick up a limited edition 7" from the anchorless records bigcartel store!

Bandcamp Daily  your guide to the world of Bandcamp

Guest hosted by Tamar Osbourn aka Collocutor and Toshio Matsuura.